Interpersonal relationships are a key dimension of wellness.  As we grow, we often grow in our ability to develop close bonds, relationships, and ultimately finding unconditional love.  While I, like many, have had to do intentional work to keep my relationships healthy and growing, some people seem to just make it look easy.

Enter my friend Tanvi and her husband Saahil.  I first met Tanvi as an intern and now know her as a colleague and friend.  She has an amazing story to tell about her journey to finding unconditional love that will warm your heart and make you want the ultimate Bollywood wedding like she had a year ago.

Before you read any further, watch this short (6 minute) love story and you’ll get to know what this blog post is about better than any words can describe.

This post is titled Fuego con Amor, Fire with Love, which I thought was perfect for this love story.  Finding and believing in love is not an easy part of life, especially when that love crosses oceans and continents.  Consider how love can or has contributed to your personal wellness and read on for more insights from Tanvi about how she and Saahil make it look so easy to be on a journey of wellness and love together.

When I first watched the long version of Tanvi’s wedding video I thought…this is brilliant!  I felt like I was watching a Bollywood movie with the best love story and a happy ending.  Then reality set in and I realized… that’s my colleague and she sits in a cubicle next door.  And she’s a normal human, not an actress.

Somehow Tanvi and Saahil make love seem magical, inspirational, and natural.  I wanted to understand more about their story than the movie could tell.  I decided to let Tanvi have some space on the blog to tell us how easy (or hard) it is to be in love, to have to tell yourself that you do love someone, and then to chase them across oceans and continents and start a new life.  All for the person you love.

To get to the bottom of this story I sat down with Tanvi over lunch and we just chatted about what she thinks makes their relationship “work”.

Tanvi’s indecisiveness continued as Saahil pursued her, and eventually she realized that she had fallen for him too.  They were seeing each other, and Tanvi explains, it wasn’t serious that step came way later.  Saahil applied to graduate school at Georgetown University, Tanvi knew he would be moving to the states and thought hey that’s cool.  Then he got in, and she describes it as an “oh shit” moment.  She thought, “maybe I should go too?”.  Tanvi didn’t go to Georgetown, she took an internship in Los Angeles and eventually applied to a federal internship in Rockville, MD.  She had no clue that the new internship in Maryland would put her 20 miles from Georgetown.

Tanvi moved to Washington, D.C. and lived with roommates.  She and Saahil started dating and eventually they were seeing each other regularly but were not “boyfriend and girlfriend”.  Tanvi kept saying no, that she didn’t want something serious.  At this point in the conversation, Tanvi stops again and reconfirms how indecisive she is.  Tanvi went on an important tangent in our conversation about women and society feeling like women need to be in a serious relationship or engaged/married in order to be “settled”, never mind a successful career and beautiful friendships and family ties.

She felt that sometimes the pressure of the foreboding “biological clock” pushes women to think they need a partner to feel settled and stable.  No doubt, it is a wonderful feeling to come home to your partner, and share your day with her/him, but in reality that label of settling down need not mean you can’t be settled while being single.  I explained that I feel like that’s definitely true and I have tried to make that perspective true in my life as well.

Tanvi explained that often in the Indian culture as is with many other cultures, there is this immense pressure to get married young and sometimes, while these  “love” or “arranged” marriages work out, other times they don’t.  And then many times people don’t  always get a choice in the matter and they have to move forward with a serious relationship too quickly.  She didn’t want that at all.  Also, more power to Tanvi for looking critically at the world around her and using her indecisiveness to guide her gut that she wasn’t looking for anyone to make her happy or feel stable.

Back to Tanvi and Saahil’s ‘non-relationship’… She wasn’t ready but apparently, Saahil was.  Around Thanksgiving time he asked her to go with him to a dinner with people from school.  He asked ahead of time, “how should I introduce you…as my girlfriend?”  Tanvi had an adamant reaction and said “NO”, she insisted on being introduced as a friend.  He thought that was absurd and when they got to the door of the Thanksgiving dinner Saahil blurted out “This is my girlfriend, Tanvi”, or something to that effect.  She was then introduced to everyone at the dinner as his girlfriend.

When you hear Tanvi tell this story, it’s actually hilarious.  She gives this look of concern at first as if she still relives the moment that he said it and the feeling of having to go along with it in protest.  Then she relaxes into the rest of the story where she recounts telling everyone “he girlfriended me” and that if he wasn’t so persistent, they wouldn’t be together today.  Although, everyone around them knew something special was going on.  There wasn’t an official announcement that anything had changed between them, Tanvi just went with the flow and they kept spending a lot of time together in D.C.

Tanvi explained that Saahil was in India for Christmas that year, and right after she was at my house she left for India for a long holiday until March 2015.  When she came back she was hired to work on a team in a different division from the one I am in, but more importantly both she and Saahil stayed in D.C.  They continued to live with roommates and saw each other on weekends.  Tanvi thrived at work andSaahil finished his program at Georgetown and got a job as well.

Eventually they moved into a D.C. apartment together about a year later, and two months after that, he proposed.

Tanvi recounts that wedding planning was difficult for her, the indecisiveness kicked in.  As many brides would say, it was the most stressful time in her life.  To keep her wellness in check she took up chanting, which she’s continued to do until this day.  She describes Saahil as the stable person, and he made a lot of the decisions and helped with many of the wedding planning tasks.

The other perk Tanvi had was help from her mom, she does event décor in India and she took care of a lot of the details.  Tanvi made the key decisions and was particular about certain things, but other things Saahil and her mom took care of.  Tanvi described how she bought one of her wedding outfits via Facetime with her mom in the store she was running out of time, and the stores don’t allow you to take pictures.  So her mom called her and she just decided that the outfit was going to work.  When you watch the wedding videos, you’ll see that her mom did an amazing job both as an event decorator  and an outfit coordinator because Tanvi’s clothes, jewelry, and hair are stunning in every wedding event.

Indian weddings are huge, and Tanvi’s wedding was no exception.  They needed a sit-down dinner for 350 people!! Yes, 350 people.  The guest list was over 300 family, close friends, and  their friends from the U.S.  They needed two hotels to fit everyone!

One of the scenes I love in the long version of the wedding video, is the one of Saahil and his friends who organized a secret dance for Tanvi complete with photos of a stunning black and white picture of her to hold up during the dance.  This along with the amazingly choreographed dance (by her besties) that Tanvi and Saahil do together make you (and Tanvi) want to go to a party like that every night for the rest of your life.  Their wedding was truly something magical and special.

Another favorite part of the long video is the explanations of each set of parents talking about how Tanvi and Saahil complement each other.  I asked Tanvi about this when we started our conversation and she offered some insight that really depicts why she and Saahil work so well together.

“Love is about having the same values, core beliefs, and timing”

So what did I learn from Tanvi and Saahil about wellness?

I think the core of what I learned from my conversation with Tanvi and watching her lovely wedding videos is that sometimes when life seems too like a Hollywood, or Bollywood, movie… it just might be that awesome.  Wellness when being in a couple isn’t easy, and ignoring outside pressure isn’t easy.   But you don’t need to be in a couple to be stable and fulfilled.  If you are, letting it happen organically with someone who will support you unconditionally is the sweet spot.

One of the best definitions of marriage I’ve heard is that a life partner is someone who is there to witness your life, so they aren’t there to make you stable but rather affirm and appreciate your success as it happens.

Thanks to Tanvi and Saahil for sharing the story of your special day and your wonderful life together!  Cheers to you both and best wishes for a happy lifelong journey of wellness together!

Check out the workout that inspired this post! The Fuego con Amor indoor cycle workout and playlist are available now! 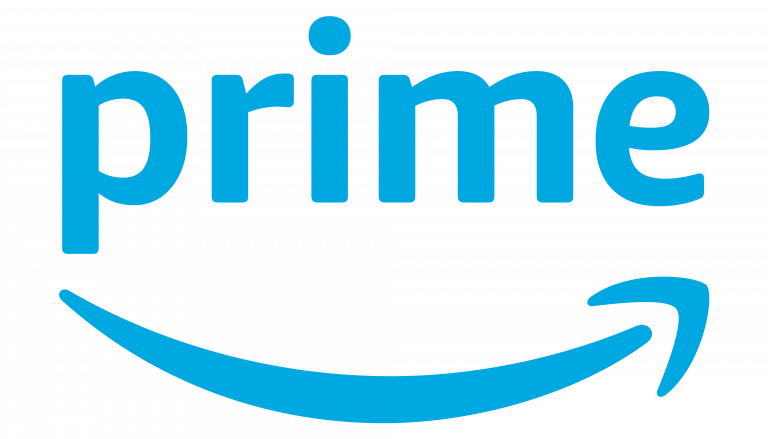 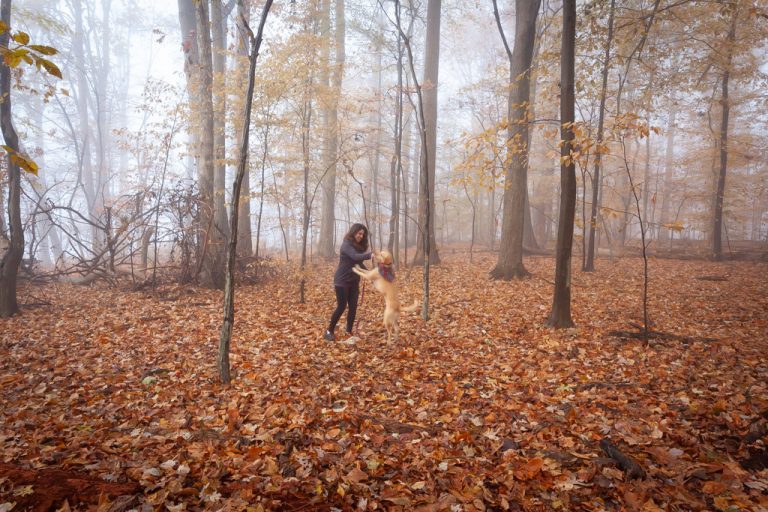 The story of my pup, Asha, who is my dog-child, love, and best friend.

Asha supports my mental, physical, and social wellness and makes me the happiest dog mom. 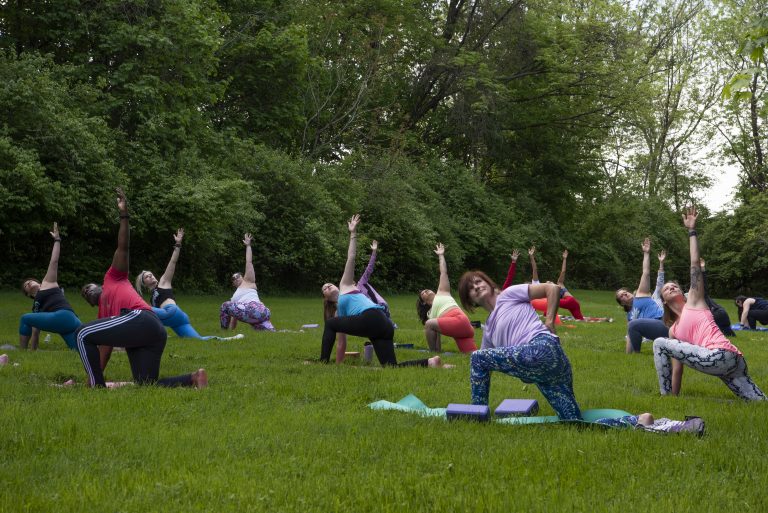 Fall is the perfect season for outdoor yoga. This yoga flow sequence is great for a fall outdoor yoga workout. 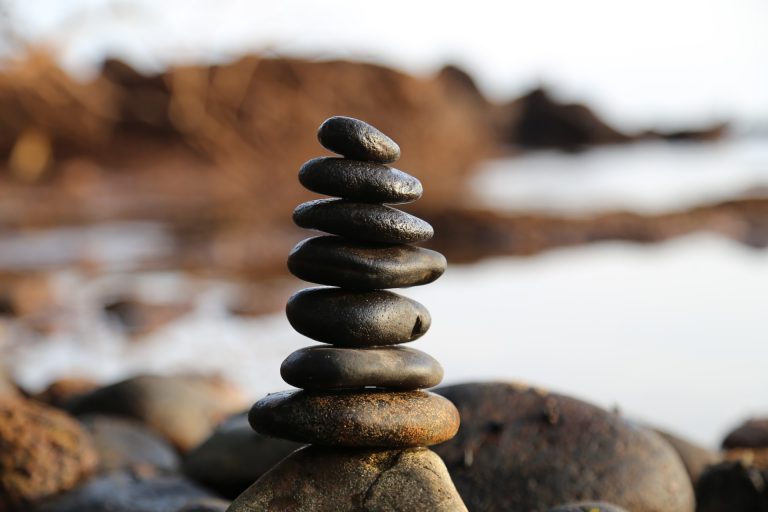 Welcome to the wellness grind, your online wellness community.

Check out these seven ways to combine your wellness activities to keep you on your grind. 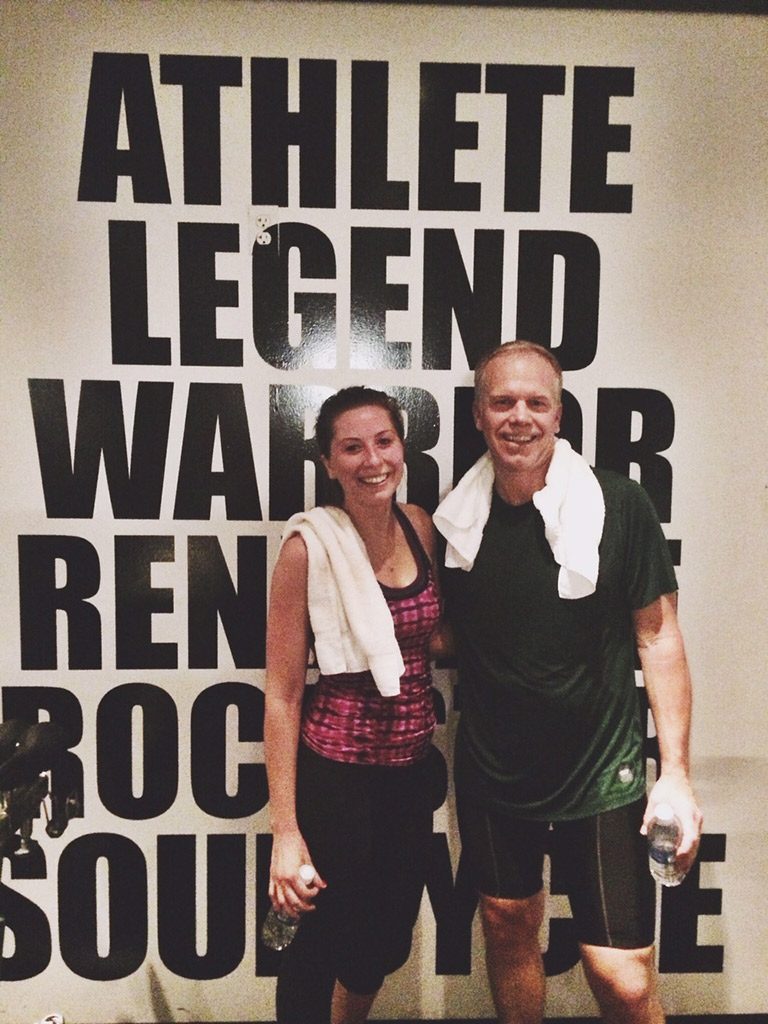 For the Ride Inside’s Steve Caum celebrates a new year and the 4 pillars of wellness.

Mabelyn Mijangos, KD wellness She takes a deep breath. She doesn’t recognize anyone in the room, but inside she knows, she can feel that she is supposed to be there. Thoughts begin to arise, as the ego wants to keep her small, but she knows better now. Taking a step forward, she doesn’t look back….

This site uses Akismet to reduce spam. Learn how your comment data is processed.